Documentary puts Alberta’s response to overdose crisis under a microscope

Feb. 25 screening and panel co-hosted by UCalgary will explore what’s worked, what’s failed, and what's left to do to tackle Alberta’s opioid crisis

A panel discussion showcasing a Calgary-produced documentary will examine Alberta’s response to the opioid crisis, which has claimed the lives of more than 4,000 Albertans since 2016, and question why more isn’t being done to stop the harm and save lives.

“This is an issue that affects every community in Alberta,” says co-filmmaker Dr. Josh Ng-Kamstra, MD, “and it's not just the individual that dies of an overdose who is affected — there is a devastating personal impact on the entire family and community.”

In the midst of the COVID-19 pandemic, the overdose crisis is  escalating.

In 2020, 1,139 Albertans lost their lives to accidental drug poisoning, setting a grim record for the most overdose deaths in one year since the onset of the opioid epidemic.

In order to stop harm and save lives, a full spectrum of addictions services is needed, says Dr. Bonnie Larson, MD, who will speak at the Feb. 25 event.

“We need prevention and education, safe withdrawal, medication-assisted treatment, supervised consumption, residential and day treatment options, and long-term recovery and relapse-prevention supports for patients and families,” says Larson, a clinical assistant professor at the CSM and lead for Street CCRED.

Other provinces are building the appropriate systems to provide these types of addiction services, and Alberta is being left behind, Larson adds.

Co-filmmaker Dr. Jason Lajoie, PhD, lost his brother Lucus to an accidental fentanyl overdose in 2014. He says there is a desperate need for government to support and fund harm reduction measures that will better protect those at risk of overdose.

In 2020, Alberta’s provincial government withdrew funding for North America’s busiest supervised consumption site, ARCHES, in the city of Lethbridge. Without funding, the facility closed its doors on Aug. 31. Funding for the province’s two-year-old injectable opioid agonist treatment (iOAT) program is set to run out in March, with no plans to renew.

Lajoie says seeing the government moving away from these measures is frustrating.

“In 2014, I’d never even heard the word fentanyl — we were at the beginning stages of the overdose crisis at that point,” he says. “We’ve now had six years to learn and act since my brother’s death, yet things are getting worse, not better.”

Shanell Twan, an outreach worker and board member of the Canadian Association of People Who Use Drugs, says Alberta must enact evidence-supported policies, even if they are not always popular.

“The reality is, no one’s ideology should be as important as another person’s life,” says Twan, who is featured in the film and will speak at the Feb. 25 event.

In order to turn the tide on this crisis, serious changes in addiction treatment need to occur, she says.

“We don’t have the ability to waste any more time. The reality is that people are dying and there’s not a reprieve in sight because of how our current drug policy exists.”

The Feb. 25 panel discussion — featuring the filmmakers, medical professionals, drug users, and other experts  — will explore how political polarization, stigmatization and moral judgment have come together to allow this crisis to claim an increasingly large number of victims, while also discussing what can be done to reverse course.

Register here for Harm: Alberta’s Preventable Overdose Crisis — How We Got Here and How We Get Out, Feb. 25, 2 to 3 p.m. 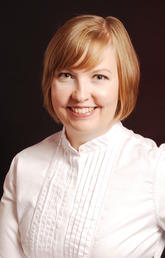 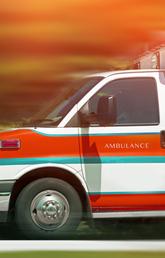 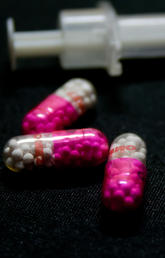 'We can’t pretend it doesn’t exist. It might not be someone in your household, but it might be someone across the street' 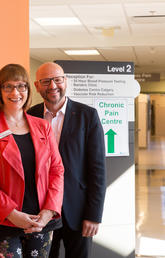